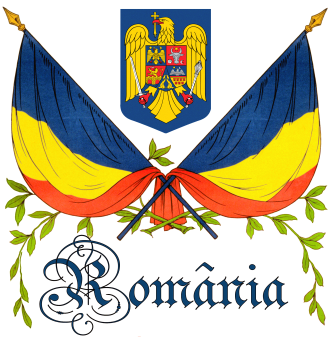 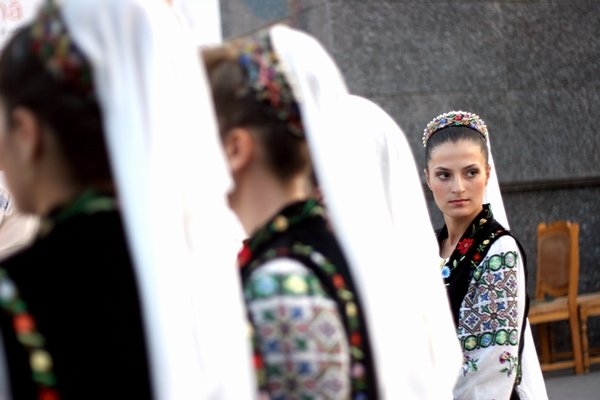 Where is it located? 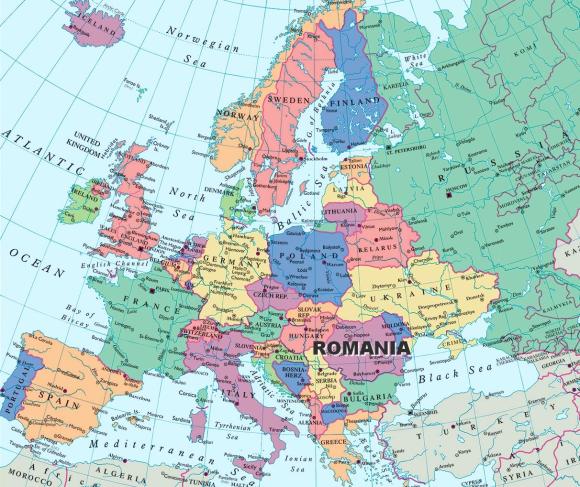 Romania is located in Eastern Europe, on border with Ukraine, Hungary, Serbia, Bulgaria and Moldova. It has opening to the sea through the Black Sea shore.

Romania as a state was born from the union of the 3 principalities: Vallachia, Moldavia and Transylvania. The principalities were inhabited by Vlachs or Vallachs – term used by foreigners to define the Romance speakers of the East. After the birth of Moldavia, Vlachs were refereed to as Moldavians. The Vlachs themselves, regardless of the region, called each other “Rumunyi”.

Before the birth of the principalities, the territory was divided into formations known as “tari” or “tinuturi” (counties) governed by local leaders (“jude” or “cneaz”) which were based on ancient rural societies. Example: Tara Fagarasului, Tinutul Sucevei, Tara Vrancei, Tara Lovistei etc. The counties were concentrated in and around the Carpathian mountains near rivers or mountain depressions, or in the forested lowlands. Each county consisted of 5 to 20 villages. These societies lived by the Old Romanian Law (Jus Valahicum), sharing the same customs and making use all together of the natural resources found on their lands. The lands were owned in “in devalmasie”, being inherited from generation to generation since time immemorial. The feudal system imposed by both the eastern and the western empires brought changes to these ancient laws, slowly depriving the locals of their lands and resuming them to simple peasants.

The Vlach shepherds, as semi-nomadic people, traveled widely across the Carpathian mountains in search of pastures and commercial opportunities. Their remnants outside Romania can still be found today in the south of Europe (see Aromanians in the Balkans) or the western Carpathians of Central Europe (Moravian Vlachs).

After the formation of the principalities and the conversion to Christianity in the XIV century, the peasants were dispossessed of their lands which were given to clerical figures (the church) and new feudal lords. The peasants were coerced to work in the interest of their new lords, and the natural resources of their lands – once shared by the local communities – fell under the control of the new noble class and the church. These old counties (“tari”) continue to exist today in the form of ethnographic regions. 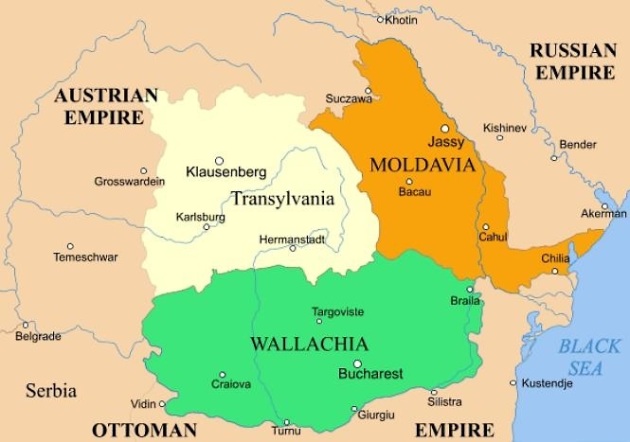 The principalities of Moldavia, Vallachia and Transylvania. Surrounded by the Austrian, Russian and Ottoman empires, each with their own territorial ambitions which was a constant source of pressure for the native Vlach (Romanian) population.

After several wars, the principalities of Vallachia and Moldavia fell under Ottoman suzerainty in 1476, respectively 1538; they were not fully incorporated into the empire as they remained vassal states by paying annual tribute in exchange for internal independence. After continuous wars to regain full independence, the Romanian rulers of the principalities were replaced with Greek-Phanariot rulers. In the XIX century, the principalities regained independence and formed the Kingdom of Romania. The principality of Moldavia was fragmented in 1812 when the Ottoman empire ceased half of the principality to the Russian empire, which was then renamed Bessarabia. In 1918, it regained independence and was united with Romania. After the secret pact between Hitler and Stalin, Bessarabia was again occupied by Soviet forces in 1940. After the dissolution of USSR in 1990, Bessarabia became the independent state of Moldova.

In the Xth century, Transylvania was invaded by the Magyar tribes (Huns) who occupied the plains of the Carpathian basin while the Romanians (Vlachs), a traditionally pastoral population, remained concentrated in the mountains. With support from the West and the Pope who hoped to expand the Catholic church to the east, the christian Kingdom of Hungary was recognized in year 1000. Germans (Saxons) were invited to settle strategic regions to defend the kingdom’s frontiers in exchange for privileges. When the Romanians demanded equal rights as the majority population of Transylvania, the Unio Trium Nationum was created – a mutual pact of military support against the Romanian peasantry and Ottoman attacks. Transylvania became a vassal state of the Ottoman empire in the XVI century. Between 1711–1867, it became part of the Habsburg empire who later merged into the Austrian-Hungarian empire. After World War I when Austro-Hungary disintegrated, Transylvania’s Romanian population, on the basis of their ethnic majority, voted for union with Romania.

The Carpathian mountains stretch from North all across Central Romania. The highest mountains are found in the South in what used to be the historic principality of Vallachia. In S-E is the Romanian (Vallachian) plain and the opening to the Black Sea. In the center of Transylvania in between mountains is the Transylvanian plateau (Podisul Ardelean). In South-East beyond the Carpathians is Moldova’s Plateau (Podisul Moldovei). Up until two centuries ago, the south and north-eastern lowlands were covered in thick dense forests – like the legendary Codrii Vlasiei (the forests of Vlasia) or Codrii Iasilor. The forests of Iasi; agriculture and the liberalization of market of the XIX century lead to heavy deforestation.

The Danube river flows all throughout the south, where it forms the natural border with Serbia and Bulgaria. The river flows into the Black Sea, forming the Danube Delta.

Romania belongs to the Alpine-Carpathian region of central-eastern Europe

The plains of south-eastern Romania are part of the world’s two Chernozem belts. A chernozem belt is a large stretch of land made up of black topsoil – the world’s most fertile soil and the best for agriculture. Romania’s plains belong to the Eastern European belt, the second one being found in the Canadian Prairies.

The mountains have rugged terrain improper for large-scale farming but suitable for vineyards, orchards and pasturage. Unlike other mountains of Europe, the Carpathians are rich in natural resources which has attracted foreign interests since time immemorial: from the Roman Empire, to the Austrian empire, and today – modern corporations. Natural resources include: various minerals, precious metals (gold, silver, platinum and others), high concentration of rare metals, abundance of minerals springs, wood and others. Metallic ores include iron, chrome, nickel, aluminum, zinc etc. Other natural resources are petroleum, natural gas, coal, copper, uranium.

The Black Sea has large newly-discovered reserves of oil and gas (see gas and petroleum). Romania has a long history of oil and gas exploitation (see here), with foreign companies controlling its production from the XIX century when Romania entered the Western hemisphere of interests. In 2000, the World Bank requested and signed a memorandum for the privatization of all energy companies. In 2004, the Austrian company OMV bought Romanian oil/gas company Petrom at half price after a faulty evaluation (source). Despite its rich annual production, Romania remains a major oil importer; the national oil/gas production is under the almost exclusive control of OMV.

– 7% Hungarians (the majority are Szekely who identify as Hungarian);

– 4% Gypsies – in 2005 see here the Council of Europe forbade the use of “gypsy” and replaced it with a new term “Roma” or Romani”, which leads to legitimate confusions with “Romanian”. They also imposed a newly defined term – Romaphobia.

Other minorities (all counting below 5%):

– Lipovans (Russian old believers) in Dobrogea, near and around Danube Delta; settled here to escape religious oppression in Tsarist Russia. 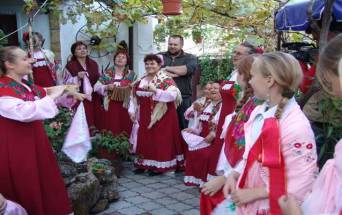 – Turks and Crimean Tatars – in Dobrogea along the Black Sea coast. They represent Romania’s small Muslim community who arrived here during the Ottoman empire – Dobrogea was the only region fully incorporated into the empire, hence the presence of Turks/ Tatars only in S-E Romania. Many immigrated to Turkey after the Ottoman empire dissolved in 1922.

Saxons (Germans) were invited to to colonize central Transylvania in the XIII century in exchange for special privileges strengthened by the Unio Trium Nationum military agreement, which excluded rights for the Romanian peasantry. As poor farmers, the Saxons were easily convinced by the prospects of the fertile Transylvanian plateau and the privileged status. Hungarian and German populations developed certain tensions, each pressing for their own interests.

Before the secret Hitler-Stalin pact (through which the Soviet Union received the green light from Hitler to annex parts of Romania), the Nazis resettled Germans from occupied areas to “safe” regions outside Romania in order to protect them from the secretly-agreed occupation. Mass deportations, executions and other abuses took place after the 1940 Soviet invasion of eastern Romania. The remaining Germans joined the SS troops. After WWII, Germans were forcefully expelled by the Allies from Transylvania and all of Eastern Europe.

– Jews – before the Union of the Romanian Principalities in 1859, the Romanian principalities had little Jewish population. After the Union, whose conditions imposed by Western Powers included full rights and privileges for Jews, the Jewish population grew rapidly after scores of Jews entered from Russia and Western Europe. Educated in the West, the Jews represented a key factor in enabling the market economy in the new Romanian state, hence their guaranteed privileges and protection from foreign consulates. They quickly formed a middle class in the cities. After WW2, significant numbers of Jews emigrated to Israel and the US up until the early 1960’s.

Historic principalities and regions of Romania 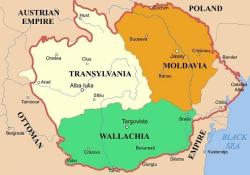 Romania was historically divided into 3 principalities: Transylvania, Vallachia (Tara Romaneasca) and Moldavia (Moldova). The principalities had a Romanian ethnic majority who shared the same language, culture, traditions and religion. Throughout history, the Hungarian, Austrian and Russian neighbors constantly tried to forcefully assimilate the local population in attempts to dissolve the Romanian element.

Prince Michael the Brave achieved the union of the 3 principalities in year 1600 but he was soon assassinated at the order of Habsburgian Emperor Rudolf and the union was dissolved.

Though liberated and reunited with the Kingdom of Romania, Bessarabia and northern Bukovina were re-occupied in 1940 after the Hitler-Stalin secret agreement on territorial divisions. Romania liberated the regions briefly during WW2 but they were re-occupied in 1944 and became part of USSR. Today, Bessarabia is the neighboring country of Moldova and northern Bukovina is part of Ukraine.

Romanian, an eastern Romance (Latin) language, is the official language. Romania has a uniform language without dialects within its territory. Dialects of the Romanian language are found outside Romania: Aromanian, Megleno-Romanian and Istro-Romanian, used by Aromanian pastoral populations who migrated to the Balkan mountains during the Roman period; the language received many local influences especially from Greek. Other pastoral Vlach populations who migrated to the west in Poland, Slovakia and Czech republic have lost their language and maintain only a “distinct lexicon of Romanian origin”. See more on Moravian Vallachia.

The prevalent minority language is Hungarian (in Transylvania).

Romanians are traditionally Christian-Orthodox. The ancient Getae-Dacians were pagan believers, Zalmoxis was their highest deity and the Sun cult was at the center of their beliefs (like most pagan Europeans). After converting to Christianity, Romanians continued to practice their old customs in a dual Christian-Pagan system. Romanian folk traditions mix Christian beliefs with mystical Pre-Christian elements. To learn more – Winter holidays and ancient paganism.

The population was fully converted to Orthodox Christianity in the early Middle Ages when the population adopted Old Church Slavonic liturgy from neighboring Bulgaria, through which numerous Slavic linguistic influences occurred. The Bulgarian Cyrillic alphabet was used in church and public administration between the 16th and 19th century, when it was replaced by the Latin alphabet.

Orthodox Christianity was inherited from the Byzantine Empire before Constantinople fell to the Ottoman Turks in 1453. Eastern Byzantine architecture originating in Constantinople can be found all throughout Romania.

Broadcast media – PRO TV Group is the broadcast media market leader. It was founded by Ronald Lauder in 1995, who has developed major media broadcasters throughout all of Central and Eastern Europe after 1990.

National currency – Romanian Leu (abbreviation: RON ). Romania does not use the Euro, although certain hotels/ restaurants may accept it.

The photos belong to their rightful owners, no copyright infringement intended. 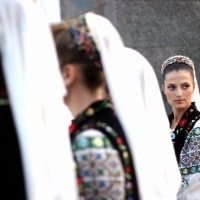 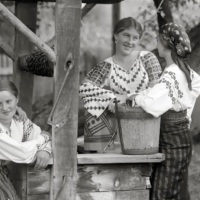 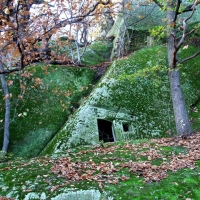 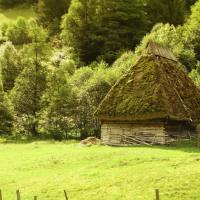 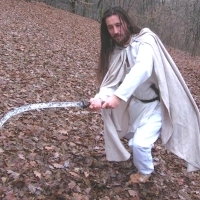